Feeling Too Out Of Shape For Yoga 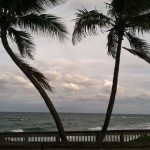 When I speak to someone who says they are too out of shape, inflexible, overweight or old for yoga, I work hard to let them know that the true meaning of yoga has gotten lost in our culture. Many people are intimidated due to viewing the covers of popular Yoga magazines and feeling that they could never measure up. This saddens me because yoga means union. It doesn’t have to do with touching one’s toes or doing incredible backbends.

Patanjali said, “A mind free from all disturbances is Yoga” This points to what yoga has traditionally worked on cultivating. Though we can get lost in the maze of different colored yoga mats, clothing or props, that isn’t the heart of yoga. Nor is it the emphasis on head stands or physical gymnastics of flexibility.

One will get more flexible through deeper breathing and stretching and this does help the body to form better habits plus aids the mind in being less agitated. But, let’s not lose the true purpose of yoga and meditation.

There is a wisdom that is pointed to in the Upanishads:

Yoga is undoing old habits and letting go of assumptions.

Do you wonder how this can occur in stretching? Well in addition to the physical benefits of stretching (increasing oxygen, balancing the sympathetic and parasympathetic systems and strengthening the nervous system), we also stretch ourselves.

This means that our ways of thinking get challenged and we let in more when we relax. Today many of us relax with the television on and then end up falling asleep with it turned on as well. This means we are completely exhausted and are sleeping with noise and light around us. It isn’t the ideal way to rest the mind.

When our bodies are very tight, we tend to get rigid psychologically, react without even taking a pause and can operate a lot on adrenaline because the parasympathetic nervous system isn’t balanced.

Yoga isn’t about being a pretzel, but about the inner state. It doesn’t matter what about your size or shape, because you can modify the poses. For instance, if you are sitting with both legs straight in front of you and the teacher says to bend down and reach the part of your legs you can grasp, while your legs are still straight and unbent, for some people it may be their toes. But, for others it can be the knees or calves. This is right for your body. In meditation, if it’s hard to sit with the back straight, it is good to sit against a wall or in a chair. Your body will get more flexible, but the joy someone often feels is when there is an inner quiet despite being around a challenging person or situation. A light bulb comes on showing that it is a new response compared to the past.

A neighbor referred Elise to me a few years ago. She was about forty five pound overweight and hid her body in clothing a few sizes too big for her. I thought some simple yoga would be good for her to feel more comfortable in her body and learn more about her food cravings. Elise was resistant and told me about how in the first and only yoga class she went to several years back, she was very ashamed because she couldn’t do the shoulder stand. This pose is not easy with excess weight and I would not recommend that. I had her start with just three poses to feel comfortable.

First Elise stood and separated her feet a few inches. She raised her arms to the sides like a bird’s wings with the palms towards facing downwards. As the arms reached the shoulder level, she turned the palms to face up and then continuing raising the arms till the palms met over the head. The arms then went down to the side facing palms down the whole way. This was repeated five times.

Elise sat on the ground on a cushion with her legs crossed and back against the wall for the 2nd pose. This is a twist that works on the waist and hips, plus increases oxygen to the body. The hands are placed on each shoulder with the thumbs in the back and the other fingers on the front. When you twist to the left you inhale. Then twist to the right and exhale. The head moves with the body so it turns as well. I suggested she keep her eyes slightly open .

Elise practiced this at home every other day and joined a class after two weeks for gentle yoga. It was very rewarding to see her no longer label herself as “too big to move”. Also, she was less intimidated about other areas in her life now such as speaking in class or standing up to her dad. When you conquer one limiting thought it extends into other areas. Don’t let your mind convince you that you are too out of shape, too old or too tired for change.

Thanksgiving can bring up lots of emotions due to seeing certain family members. There can be unRead more...

I spoke with a client the other day who told me that she found her life has really changed by havingRead more...